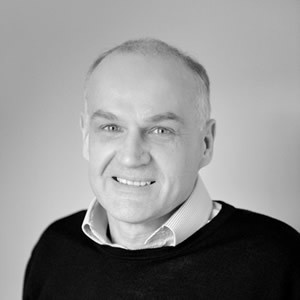 Richard joined In-site in March 2014 as a freelance consultant specialising in Financial Management having previously been Group Finance Director of a property and leisure group. In October 2015 Richard became our Finance Director and is now an invaluable member of our Board of Directors.

When not at work and injuries permit Richard plays golf and squash. He has passive interests in cricket, rugby, cycling, speedway and Formula 1, well in fact most sports. He has also coached a junior football team. He’s been married for 25 years to ‘Saint’ Karen, they have three much loved children.

Richard currently splits time between his role at In-site and a Finance Director role at a large transport company in South Yorkshire.

Dislikes - 27 mph, queues and any combination of cruelty, arrogance and religion